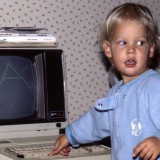 Ro & Steve contributor based in Portland, ME.

Three years ago my father was diagnosed with Lewy Body Dementia. In short, Lewy Body is a nasty hybrid of the physical symptoms of Parkinson’s along with a venomous form of dementia and a side of hallucinations and paranoia. Yikes. It is heavy stuff but we do our best to support Dad and enjoy life with him. Even if it’s different.

After the diagnosis, life went on. It was different, but life went on. A couple of years after, I was visiting Dad. At the time, he was living only with my 95 year old grandfather. It may sound crazy but my grandfather is a force–95 years old and doesn’t stop all day. Still plays golf. Still plays Pickleball. He has more energy than I do as a 36 year old–and he’s sharp too. We thought this would be sufficient until the end of the summer.

I hadn’t seen Dad in a bit and it was clear he had declined. The question of whether to have him go to a ‘place where others can take care of him’ (all my uneducated ears could imagine at the time) was a hot topic on our minds, but we rarely wanted to talk about it. It was hard to acknowledge it as a possibility at that time. Denial was the name of the game.

With Dad’s condition and aging in general, there’s a lot that can go wrong. Falling or wandering were the ones we thought about most, but anything could happen. Scary stuff, but again denial was the name of the game. We were talking with his doctors and felt like we had a few months before we had to make significant changes.

But the moment I realized we needed to get Dad in a professional care situation, was when in hushed words, I heard “Dad hasn’t pooped in 5 days”. WTF? I know how ridiculous this sounds. There are no stranger words to hear. Why is someone telling me this? What am I going to do about that?

In retrospect it’s amazing how the brain can compartmentalize things. I have 4 nieces and 2 nephews under the age of 10 and spend a lot of time with them. On any given day with them I hear the word poop anywhere from 5 to 60 times. More often than not, I see a bunch of it too and I don’t even bat an eye. Doesn’t even register. It’s as common as hearing the word(s) cereal or cheese stick. Looking back it’s amazing the reaction I had to hearing “Dad hasn’t pooped in 5 days”. It was like nails on a chalkboard with sirens going off in the background. Maybe it was the hushed tone that creeped me out. Who knows?

I spent some time just hoping that the problem would go away (with the help of some more laxatives). We all did. But it didn’t. Sigh. We spoke with the doctor again and it was clear that extreme measures were needed. Gulp. My sisters nominated me to run point and on the bright side, now I knew what ‘compacted’ meant. I was ready to get down to business and solve this thing. Operation Compacted was on.

No Pain, No Gain

Coaching your father on the toilet is a strange experience. More than strange. Out of body. Just what do you do when it won’t come out? Have you ever dropped a cell phone in a dirty toilet? Think along those lines…but worse. I’m not married and don’t have kids so I’ve never been in a delivery room. This was mine. A 5 x 10 humid bathroom in a 50 year old ranch house. But I was ready. Don’t recall how long it took but ultimately we found success. Few.

This was a whole new spin on Teddy Roosevelt’s “Nothing in the world is worth having or doing unless it means effort, pain, difficulty…” but it was actually a good bonding experience with my new and ever changing Dad. More than that, it galvanized my sisters and I around what we already knew. It was time to move Dad into a more supportive environment.

Coming to the realization that your parent or loved one needs ongoing professional senior care is hard on every level. Hard for you. Hard for them. Hard to decide on the right place. It’s all just difficult. Looking back though, I can’t believe this, and not a fall or a wandering episode, really brought home the question “can my sisters and I truly take care of ALL of Dad’s needs?”

We still laugh about it sometimes. A constipation episode was the thing that imparted the urgency for us to make really hard decisions about Dad’s care. Holy sh&#@!

Linkedin
Previous Post: « Here’s What You Can Expect (or not) From Our Blog.
Next Post: Mom & Her Cellphone »

Have a story of your own to share? Feel free to submit it to blog@roandsteve.com

Get notified of new stories.

You're not alone. Leave your email to get our weekly newsletter.

Get our RSS Feed

Don't see your community or agency? Add it now.

END_OF_DOCUMENT_TOKEN_TO_BE_REPLACED

Claim Your Community or Agency Listing

Claiming your Ro & Steve page gets you closer to your residents or clients in a space that is for them, extends the reach of your website,  drives direct inquiries to your website, and digitally amplifies organic referrals.

END_OF_DOCUMENT_TOKEN_TO_BE_REPLACED

Have a loved one in a senior living community or receiving care in the home from an agency?

Please consider leaving a review. It takes just a minute and will help someone in finding the right place for their loved one. How?

**Our directory is constantly being updated. If you don’t find the community you’re looking for, please send the name to matt@roandsteve.com and we’ll get it added asap.

Thanks for your time,
Ro & Steve